Galata is literally on your mind in this beautiful apartment. Located on the 5th floor the holiday apartment is a peaceful retreat from the hectic city while still giving convenient access to its vibrance. It is located in a quiet and historic backyard, in the Passage Salti from the 19th century which connects two back streets in the Galata district. The Galata Tower is just a stone’s throw away, right at the end of the street.

With attention to detail and focused on comfort, the apartment with its two separate bedrooms, each with a 1.40m wide double bed, offers comfortable space for 4 people. The living room with a fireplace, a dining table and two couches invite you to reminiscence the adventures of the day. The balcony offers a breathtaking view of the Golden Horn and the Old City. Next to the flat is a shared roof terrace from which you have a beautiful view of the Galata Tower and Topkapi Palace.

Galata, the former Genoese colony opposite the historic peninsula of Istanbul, is a popular residential and entertainment district in Beyoğlu since the 19th century. Then as today the European population and the houses of the Greek, and Jewish Levantine architects build according to the Art Nouveau style gave the district its cosmopolitan flair. The glorious Galata tower amidst the vibrant and lively bustle of the streets is regarded as the symbol of the old and new Pera. Supermarkets, greengrocers and many cafes, wine bars and restaurants are all within walking distance. 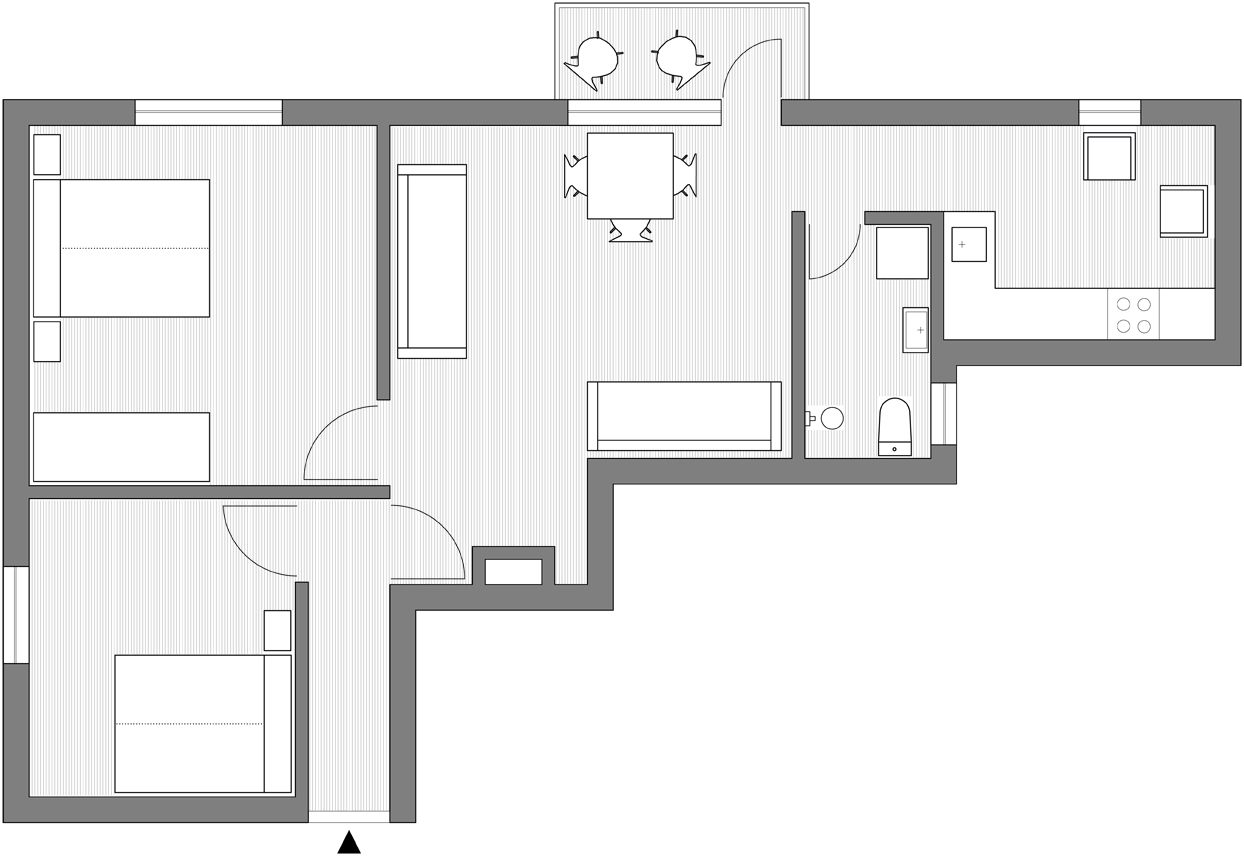